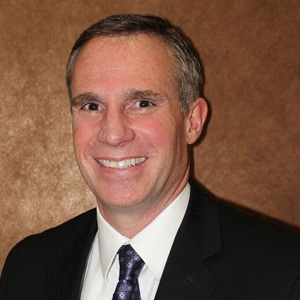 With new regulations, requirements, and changes incessantly complicating the healthcare IT environment, clinicians can easily get bogged down. As an IT leader, there is inherent risk in asking clinicians to jump through more hoops in order to meet another federal initiative, such as Computerized Physician Order Entry (CPOE). At Kootenai Health, our strategy prior to CPOE go-live was to proactively implementtime-saving technologies that would offset the new demands: Virtual Desktop Infrastructure and Single Sign On (VDI and SSO).

In many ways, this was an easy win. VDI and SSO allow clinicians to quickly “tap” in and out of workstations with a swipe of their encoded badge. For each of our clinical users, VDI/SSO is estimated to save five hours per month associated with loading andlogin time. It didn’t take long at all for users at Kootenai Health to see that new methods and technologies could support their natural workflows and ultimately save them time.

In the first month alone, VDI and SSO automated more than 250,000 application logins at Kootenai Health. This resulted in significant time savings, allowing the clinicians to spend more time focusing on their top priority: patient care. Estimated productivity savings for the first year after implementation were approximately $1.5M and ongoing annualized savings are approximately $1.8M.

As an IT leader, there is inherent risk in asking clinicians to jump through more hoops in order to meet another federal initiative, such as Computerized Physician Order Entry (CPOE)​

From a security standpoint, the results of our VDI/ SSO implementation have been completely positive. In traditional, decentralized computing environments, clinicians sometimes use generic login credentials, leave stations logged in unattended, or forget sensitive papers on the printer. Any of these actions can lead to a critical security breach. VDI and SSO completely eliminated the use of generic login credentials, and our“tap and release” functionality also eliminated the insecure printing of sensitive patient information. Generic logins cannot be used in our VDI/SSO environment, and sensitive patient information cannot be printed until the users physically tap their badge on the printer.

In clinical areas, space is a highly valued commodity. VDI workstations are significantly smaller than traditional desktop or laptop computers, and as we also installed wall-mounted articulating arms for many of the VDI workstations, space in the clinical areas is now being used much more efficiently. Ultimately, this reduces the risk of tripping hazards and other patient safety issues.

Hardware replacement savings with VDI and SSO are also considerable. The VDI “Zero Client” units themselves are less expensive than traditional desktop computers and have a lifespan that is two to three times longer. Over the long term, we anticipate hardware costs that are 75 percent lower than in the traditional desktop environment.

The centralization of Kootenai Health’s computing environment through VDI has greatly improved the simplicity of desktop management for our IT technicians. Replacing a desktop computer is now as simple as plugging in a new Zero Client, pressing the power button, and naming the device. From start to finish, this takes an average of 20 minutes, compared to the average of three hours it takes to set up a traditional desktop or laptop computer. The hardware is also simpler for desktop technicians to troubleshoot and maintain as there is no resident operating system, no updating of software device by device, and fewer points of failure. Rather than sending desktop technicians to manually update individual computers, updates are now pushed out in large batches simultaneously, remotely, and automatically. This allows support staff to redirect their skills more appropriately and efficiently. 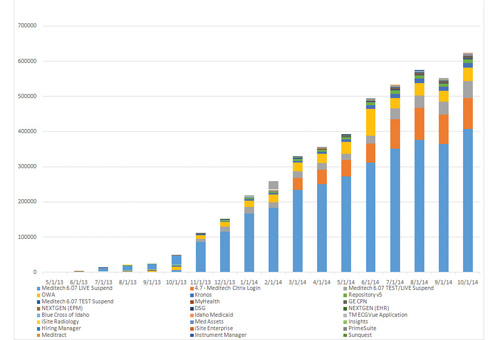 Kootenai Health’s back-end VDI/SSO environment was designed with simplicity, maintainability and scalability in mind. To provide a dependable backbone for the environment, we invested millions of dollars in three critical areas: network, server, and storage infrastructure. Our advanced architecture uses only a single VDI image in a fully redundant environment that is tied into Active Directory. Only one support person is required to maintain the system, whereas other VDI/SSO environments for similarly sized organizations require a minimum of three.

The overall solution includes always-on architecture with two independent active/active data centers, which ensures consistent performance and fail-over capability, while allowing seamless testing in a lab environment that perfectly mirrors production. For additional fail-over capability, we also built a “red-screen” environment so clinicians would be able to access critical applications even in the event that both VDI environments went down.

In summary, VDI and SSO drastically simplified the computing environment for clinicians, as well as for the IT support staff. Kootenai Health’s successful implementation of CPOE and other initiatives can be partly attributed to our preemptive rollout of VDI/SSO technology.

Hybrid Work Has Forever Changed The Need For It In Ramboll

How T-Mobile brought an Un-carrier approach to tech hiring

Great Expectations: Balancing the diverse needs of a city in a...

"Discovery and Delivery" - An Approach to IT Workload Balance