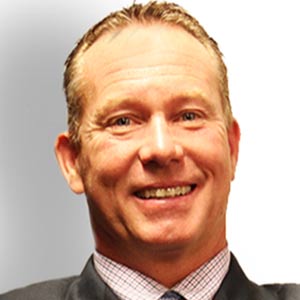 Are big power plants a thing of the past? Are millennials demanding cleaner, renewable power generation? What will the grid of the future look like? Is anyone willing to pay a premium for clean, renewable power, and, if so, at what price? Are shareholders demanding CEOs consider environmental, social, and governance (ESG) issues? These are some of the bigger questions facing the utility CEO’s, regulators, and lawmakers in today’s marketplace. To address these and other questions, we have put together a diverse cross-functional team to develop a strategy to move forward. The team consists of stakeholders from across the company, including executives from gas, electric, water, engineering, operations, strategy, legal, and customer service.

While we don’t see traditional power plants being completely phased out soon, the power generation sector will need to adapt and be responsive to the clean carbon reduction mandates in place across New England. The successful power plants of the future must look at sustainable natural gas generation options, including the procurement of responsible natural gas or leading technology produced natural gas. An example of responsible natural gas would be acquiring natural gas from traditional sources with a third-party rating agency to verify the extraction processes, ensuring it meets the highest standards to minimize environmental impacts.

Another option would be renewable natural gas, which is gas supplied from wastewater treatment plants, landfill sites, and dairy farms with the gas going through a purification process. This option lends itself nicely to on-site power generation with any excess generation being stored or sold back to the utility.

The demand for clean, renewable power is real. Solar and wind power generation are leading the way. Offshore wind power generation is also becoming a critical part of the movement to renewable power generation. Off the coast of New England, the relatively shallow waters and consistent wind patterns, along with being near electric demand, combine to make offshore wind an ideal resource for power generation. Data on the technical resource potential suggests more than 2000 gigawatts (GW), representing approximately two times the combined capacity of all U.S. power generating plants, could be accessed in state and federal waters along the coasts of the United States and the Great Lakes. Federal and state incentives and tax credits continue to drive down the first cost, while local municipalities and states continue to increase their renewable targets. Boston Mayor Marty Walsh recently announced the city would be carbon-neutral by 2050. What used to be a “cottage industry” is now a major employer with strong public support.

The future of power generation will be a hybrid model with traditional generation, clean generation, transmission, distributed energy resources (DER) and storage all working together

In the latest long-term projections, the U.S. Energy Information Administration (EIA) projects electricity generation from renewable sources, such as wind and solar, will surpass nuclear and coal by 2021 and natural gas by 2045. In the Annual Energy Outlook 2020, the share of renewables in the U.S. electricity generation mix increases from 19 percent in 2019 to 38 percent in 2050.

There is some concern with strictly relying on solar and wind power generation as it can be intermittent. Whether it’s at the transmission or distribution level, power conditioning equipment and storage will need to be added to maintain voltage levels and meet the power demand when and where needed.

Renewable-charged storage will be the next game changer in the power generation industry. Storage can be very versatile and can be used to peak shave, load shift, demand response, as spinning reserve, as voltage support, and as an emergency backup. Storage is still an expensive solution for some applications, but costs have declined rapidly in recent years. Like the financials that fuel the renewable market, federal research incentives are advancing storage technology and pushing down costs. In a publication released in June 2019, the National Renewable Energy Laboratory (NREL) projected low-, mid-, and high-cost projections through 2050. Using 2018 as a starting date and the mid-level projections, costs for utility-scale battery storage are projected to drop by 45 percent by 2030 and 59 percent by 2050.

The future of power generation will be a hybrid model with traditional generation, clean generation, transmission, distributed energy resources (DER), and storage all working together. Power will continue to be generated at traditional plants, but it will also be generated at the end-user level as well. The grid of the future will be built in such a way that power will flow in any direction. The utility of the future will manage the power flow and ensure all its customer’s power needs are met reliably, safely, cost-effectively, and with the lowest environmental impact.

Power plants will not be a thing of the past. Traditional power plants will operate much cleaner and more efficiently in the future. Clean, renewable power will also play a bigger role in generation. As technology improves, costs will be driven down, and the demand for clean power will increase. Determining a price point for clean, renewable energy is a tougher calculation and is more of an individual choice. That is why choice matters, and the utility of the future should provide options for its customers to purchase clean, renewable energy at a premium. And yes, shareholders are demanding that CEO’s consider ESG issues. This influence is real and is a relatively new set of values investors are using to gauge a company’s performance. Investors want to invest in a company that shows good environmental stewardship.

THE CHALLENGES OF CYBER-PHYSICAL SYSTEM SECURITY

How to Build an Effective Content Strategy Others Will Envy

A Collaborative Approach to Wealth Management